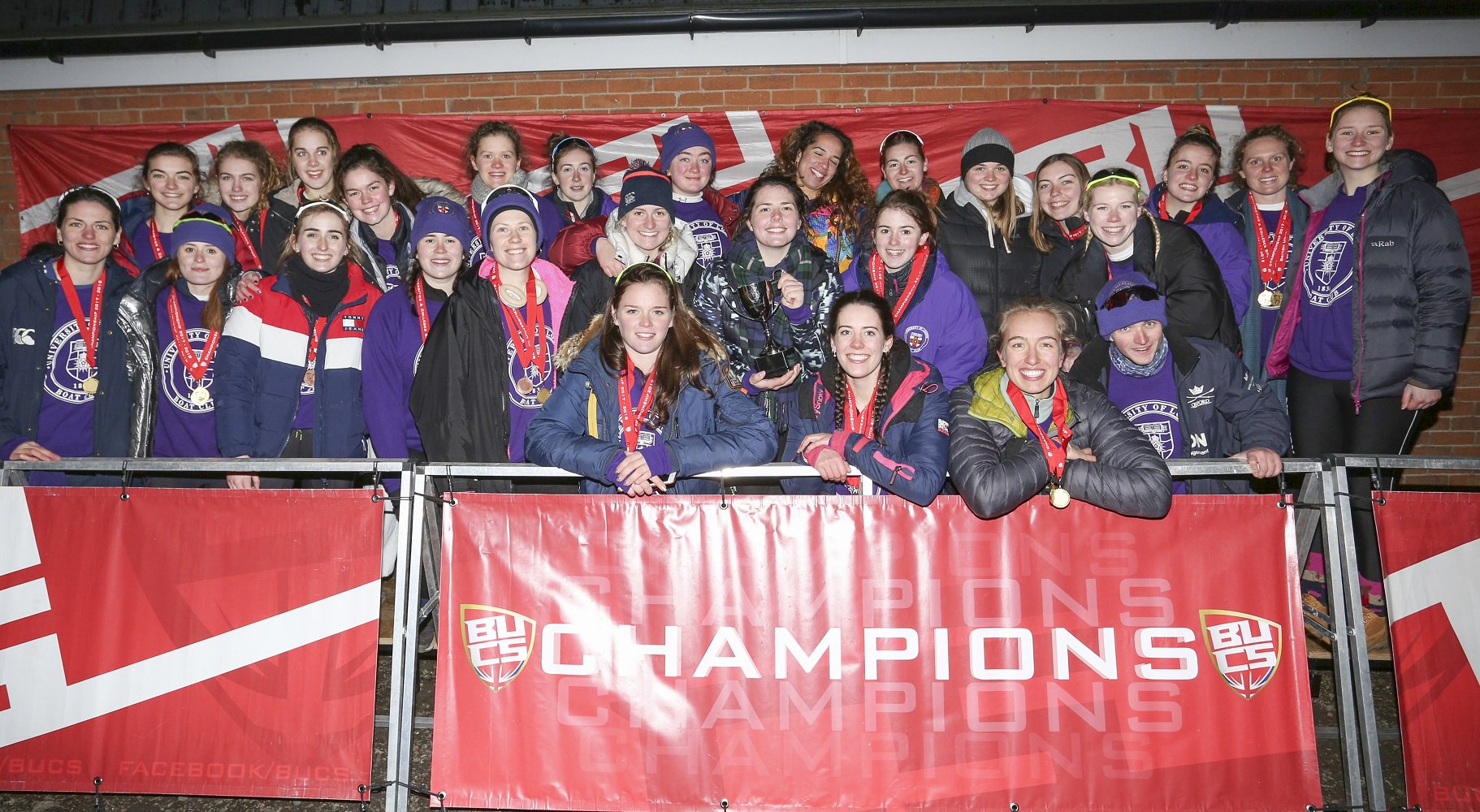 BUCS Head – a healthy mix of success and participation

This weekend saw crews from UK universities descend upon Gateshead for the annual BUCS Head on the River Tyne. BUCS is a massive undertaking for most university clubs, especially for western clubs like Bath, Exeter and Bristol. The logistics involved to assemble 350 crews on fours and eights are not inconsiderable but BUCS is the only real opportunity for university crews to race each other in a head race. Furthermore, BUCS provides an opportunity for all abilities to race competitively on a wide stretch of water with the additional benefit of both lightweight and heavyweight categories.

The men’s Championship Eights was won by University of London, who finished nearly 7 seconds ahead of Edinburgh University in a time of 07:34.6. Imperial College took third with Durham and Newcastle fourth and fifth. The University of London men will face Oxford Univesity on Saturday in the last of their Boat Race fixtures and will meet Edinburgh University once again at the Head of the River on March 11. The Head of the River will also be an opportunity to take on Oxford Brookes who were once again absent from BUCS, choosing instead to take on Oxford University on the Tideway.

University of Bristol, under head coach Cameron Kennedy, entered 24 crews with varying degrees of success but it’s clear that the rowing program at Bristol is flourishing. With 13 women’s and 11 men’s crews entered covering all levels of ability, it’s great to see that level of participation across the squad which must surely produce some fertile ground for future Bristol crews.