The World Rowing Coastal Championships WRCC2018 were held in Mediterranean-like conditions in waters off Vancouver Island, Canada this weekend. British Crews reached six out of seven A finals on a course that includes navigating five buoys over 6km.

The event attracts rowers from a variety of backgrounds including some U23 and senior international athletes. The CW1x was won by Ukranian sculler, Diana Dymchenko who won bronze at the Europeans in Glasgow and lost to Jeannine Gmelin in the semi-finals at Henley. Canadain Olympic sculler Julien Bahain and Dutch international sweep oarsman, Mitchel Steenman were also competing.

Southsea Rowing’s Guy Elder and William Mahoney, making their debut at the coastal championships, broke a rigger pin in A Final. Despite this, the Elder was in great spirits telling British Rowing, “It was really exciting and standards have really stepped up with Olympic and current World Championship and U23 medallists having a go. We didn’t get to put in our best performance,” conceded Elder, “but it was great to be part of the event. Everyone was very nice and couldn’t do enough to help us.”

In the CM1x Tyrian Club’s Francis Highton was delighted with his seventh position. Seasoned coastal rower and British Rowing Offshore Championships winner, Peter Berg of Sweden could only manage 15th place in a race won by Peru’s Eduardo Linares Ruiz. 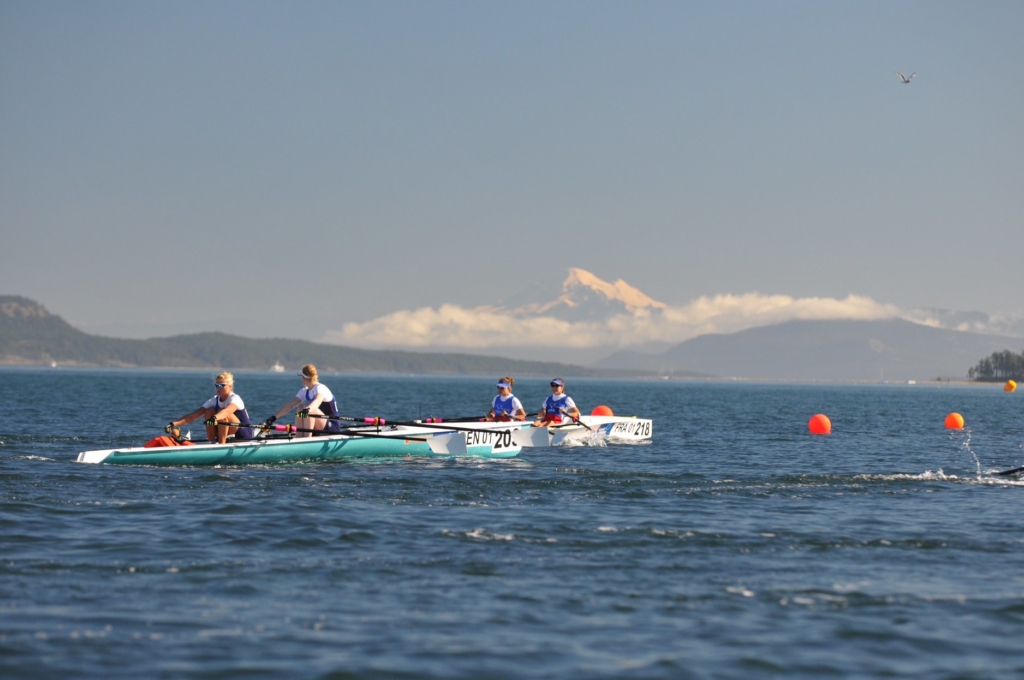 Highton told British Rowing, “I am not an experienced coastal rower, so was not sure what to expect, but I loved the experience and the new challenges that I faced. The sharp turns around the buoy markers made it very exciting – you had to hope to get around cleaner and faster than other crews! The beach start was also new for me – starting out of the boat and on ‘go’ having to jump in. Always a tense few moments, as you hoped your seat stayed in the right place and you managed to get your feet strapped up!”

TheWorld Rowing Coastal Championships introduced a new event this year, the Mix2x. A total of 31 crews were keen to try the new format, including Caity Morgan and Thomas Brain from the Welsh Sea Rowing Association, who finished tenth in Saturday’s final. As previously reported the IOC is keen to see more mixed events in the future Olympic program.

Here’s a run-down of how the British entries for the World Rowing Coastal Championships 2018 fared:-

Francis Highton off Tyrian Club came 7th in the CM1x