Last Sunday saw the first World Indoor Rowing Championships (WIRC) held in Alexandria, Virginia on the East Coast of the USA. The event was held as part of the Erg Sprints weekend and attracted 1,536 entries from 33 countries.

The WIRC was only announced by World Rowing on December 14 and the number of international entries was disappointing. The Royal Navy and Royal Marines Amateur Rowing Association sent a big team but otherwise, it was left to a handful of individuals to represent British rowing clubs. The majority of British entries were from indoor rowing clubs or crossfit gyms.

One such competitor was Graham Benton, 44, of MAD Team IRC who won the Senior Men 40-49 in 5:54.0, some 11 seconds ahead of Spaniard, Marcos Cesar Morales. Benton is a seasoned indoor competitor and rose to fame in 2004 when he became the first non-water rower to win the open men’s event at the British Indoor Rowing Championships.

Benton made the trip to WIRC with Nathan O’Reilly of Tideway Scullers. O’Reilly was rewarded with a silver in the Masters 30-39 Lightweight Men in a time of 6:22.6, just 0.5 seconds behind the winner, Matthias Schoemann-Finc of Germany. Elsewhere Helen Pearce of UK indoor rowing team Q-Power, won the Masters Women 30-39 in 6:50.01, with teammate Jen Howse coming 5th. 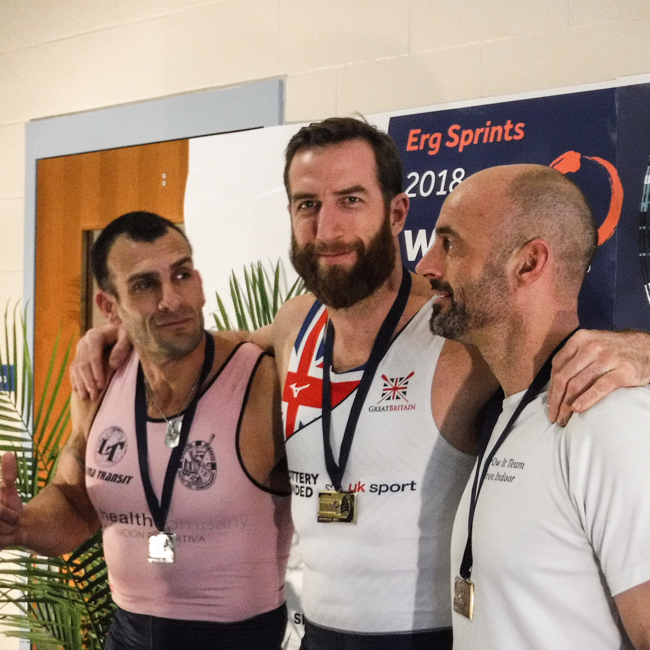 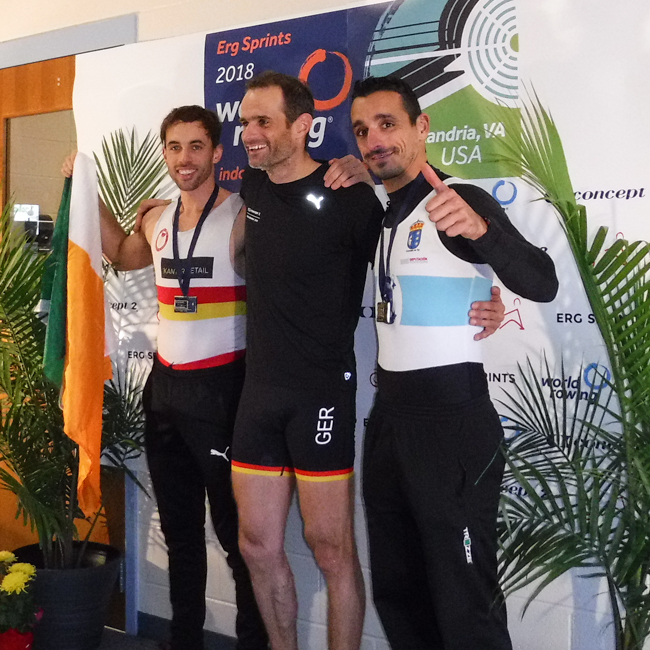 The WIRC weekend saw three world records beaten. Olena Buryak of Ukraine won the open women’s 30-39-year-old category in 6:26.1, over two seconds faster than the former 14-year-old record. Buryak, a Ukraine national team rower, is also the World Record holder of the open women’s category making her the fastest woman in the world.

The lightweight women’s race was won by Christine Cavallo, 22, of the United States in 6:54.1, shaving 0.6 of a second off Emily Schmieg’s previous record. The third world record went to Andrew Benko of the United States who broke his own record by winning the 50-54-year-old men’s open category in 6:01.7.