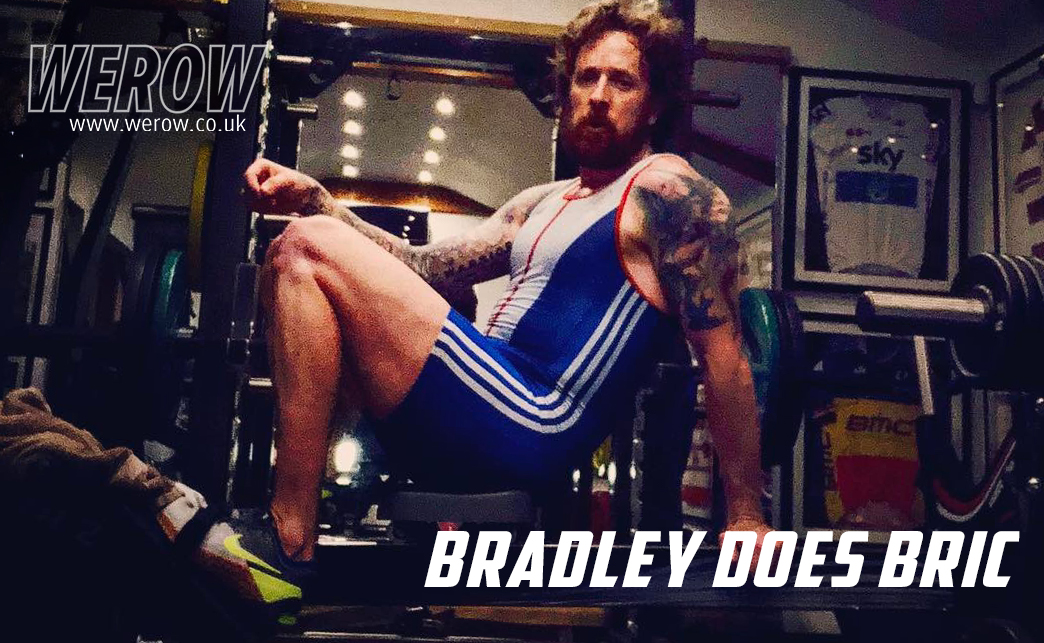 Bradley Wiggins is building up for the British Indoor Rowing Championships

On Saturday, December 9, Sir Bradley Wiggins, five-time Olympic champion, will take on the rest of the rowing world at the British Indoor Rowing Championships (BRIC). The 37-year-old cyclist told LBC Radio on Sunday that he didn’t want to enter his age group and “beat some bloke…who works in Tesco’s during the week,” but wants to compete against the GB rowing team.

Last year the E8 (Masters 30-39) was won by Tomasz Cichocki of Sub7 IRC in a time of 06:04.5 compared to the E0 Open Men won by Adam Neill of the GB Rowing Team in 05:46.5. So Wiggins presumably is pulling times well ahead of E8 standards, as one might expect from an accomplished Olympian. However Gearoid Towey, three-time Irish Olympic rower and former World Champion told Velonews on Monday “I gather he’s doing decent times on a rowing machine, but from what I’ve heard, he’s about 30 seconds off the heavyweight group. That’s a big chunk of time. You can make big gains when you start off, but it’s that last 15 to 30 seconds that’s the hardest.” At least the E8 Masters have some motivation to train harder this year, regardless of their weekday employment.

I could have entered my age category and beat some bloke..who works in Tesco’s during the week

Wiggins said “There’re a few reports this week that I’m being pitched against the GB rowers at this indoor thing. I don’t believe and I don’t expect to beat any of them. I think they’re incredible athletes and amazing at what they do so just to be in the same race as them is an honour, and to see how close I can get to them.

So just to be in the same category as them – I could have entered my age category and beat some bloke who works in Tesco’s during the week but I think to go up against British Olympians and that, or try and get close to them or see how close I can get is going to be a motivation in itself in doing it. So I think the main thing with this is unless you try something you never know whether it’s possible.

“So it’s someone not rubbishing your idea, or telling you you’re crazy or this, that and the other. And maybe it won’t work, but when I’m training and doing these efforts, I have to have a motivation big enough in the background to make me do this otherwise what’s the point in doing it if it’s just to keep fit? So I think it’s a dream and it’s a big dream and I might not do it but you can’t win a raffle unless you buy a ticket, so you might as well have a go”.

Wiggins has been coached by James Cracknell since March, who has two Olympic golds of his own for efforts in the boat. Cracknell told LBC “he’s telling me how much he enjoyed it (the erg), which I found strange in the first place because it’s all the bad bits about rowing. It’s hard you don’t go anywhere, you’ve got no feel for it and you’re stuck inside. But the thing that is very similar to going around the track is that the feedback is instantaneous and it’s you against the machine. The machine will always win but it’s how much you’re prepared to put your hand in the flame and keep it there. And anybody who’s watched Brad whether it’s on the tour or on the track or in the Hour Record knows that he’s prepared to put himself through a physical ordeal that not many people are, and that is effectively what the rowing machine is”.

Bradley Wiggins with James Cracknell in a double scull ©The Times

“The first thing is you need to have the height and Bradley is 6ft 4 and he’s got the levers. You’ve then got to have technique but you got to have a feel for the boat and if someone can ride a bike round those hairpins going down the hill at that sort of speed you have a sense of how your body works. But the reality is that a lot of the guys that have been rowing, whether that be at university or in the national team, have been doing it since they were 13 and it takes time to be able to row without thinking about how to row”.

“The first step is Bradley racing at BRIC’s. There’ll be a lot of people who have been rowing for ten years going  “ok he’s good on a bike but who does he think he is coming in and trying to show us how good he is?. And the one thing you do at your peril is underestimate someone like Brad and Brad…. has got huge respect for the sport. He just wants to test himself and see how good he can be”.