It’s almost a year since Sir Bradley Wiggins made his public foray into rowing with an appearance at the British Rowing Indoor Championships (BRIC) in December 2017. This was followed up with an appearance in a Tideway Scullers composite eight at the Veterans Head in March 2018. Wiggins announced he was stopping rowing in September and now sounds bitter about his experience.

From the start of  Wiggins’ journey to Tokyo, it was obvious there were some obstacles in his way. Firstly his erg time at BRIC whilst respectable at 6:22.5  was by no means remarkable. Secondly, there are only two lightweight places for Tokyo and likely none for Paris in 2024 and thirdly Wiggins was at the very beginning of his 10,000-hour journey to master a new sport. 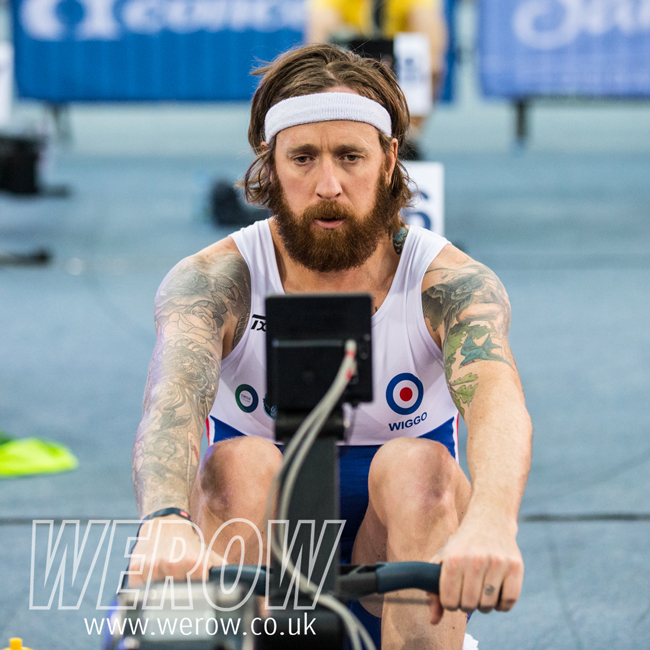 Wiggins, who was coached double Olympic Champion and now Cambridge student James Cracknell, was warmly welcomed into rowing world. He brought the press to BRIC, the likes of which we are unlikely to see for some time. However, he has now drawn stumps on his rowing career and appears to be bitter about the whole experience.

Wiggins is currently on a speaking tour in which he appears on stage with ITV cycling presenter Matt Barbet. On Monday evening he was in Salford for an evening which, according to Cyclist magazine, “veered from foul-mouthed confessional to tearful reminiscence.” 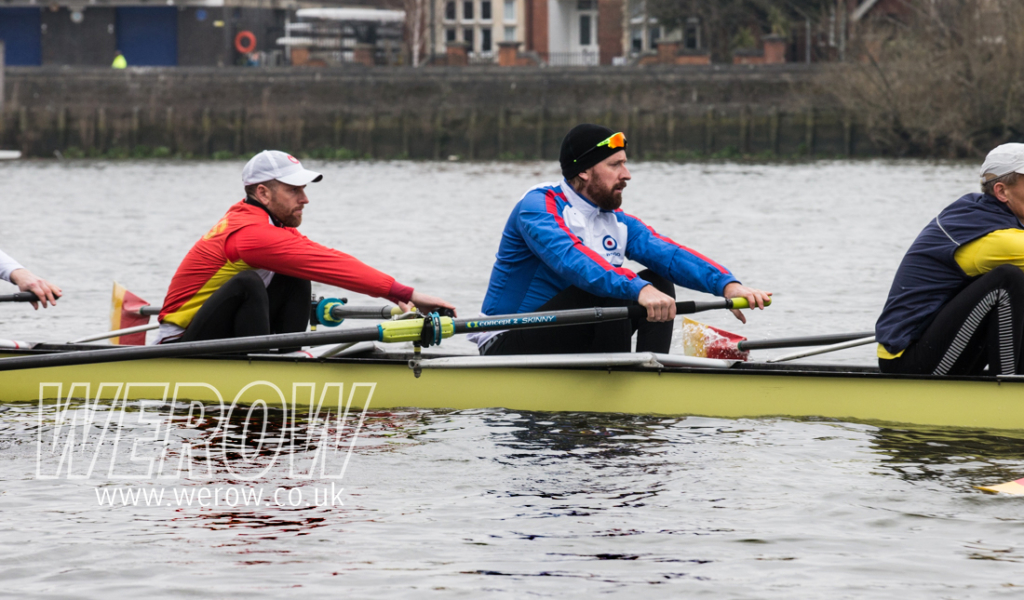 Bradley Wiggins at the Veterans Head in March 2018

In an apparently rambling two hour show, the first British winner of the Tour de France sips from a bottle of wine whilst taking aim at fellow riders, journalists, celebrities. Asked about his short-lived rowing career, Cyclist reports that Wiggins shrugged his shoulders and said, “You won’t see a rower with a sleeve tattoo. You’ve got to have been to the right schools. I don’t have a silver spoon up my arse.”

Whilst rowing certainly does have an inclusiveness issue, electing to have a full sleeve tattoo has never been a pre-requisite for success on the water or indeed anywhere else. It’s unlikely that many of the Vets head crew which included Graham Benton, Niall Kenny and Tim Male will tick Wiggin’s boxes for rowing success and Adam Neill, winner of BRIC in 2017, isn’t covered in tattoos.

It’s a shame Wiggins has decided to leave rowing; he will be missed at BRIC in December. The vitriol he feels towards the sport of rowing almost certainly has more to do with the pressure he’s feeling from “jiffygate” after he was accused of misusing a corticosteroid permitted under a TUE arrangement.